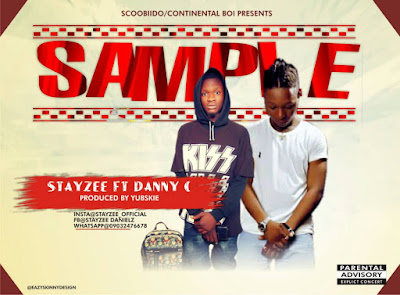 The ‘Sai Baba’ Crooner  Stayzee Danielz is a well known Artist who hails from the city of Jos but resides in Lagos city. He has written couple of songs namely: Holy water, Panda (cover), Sai Baba and so on.  Stayzee returned with a  new hit song titled  SAMPLE which was released officially on the 14th of February, 2018. On his new track, Stayzee teamed up with Danny C. The banger was produced by the youngest producer Yubskie Piuxx. You gonna love this song!!!
DOWNLOAD AUDIO MP3

Kindly share on social media and drop your comments below.
(C)2019 TemmyPhilz Blog. All Rights Reserved.

DotMan – Till I Die