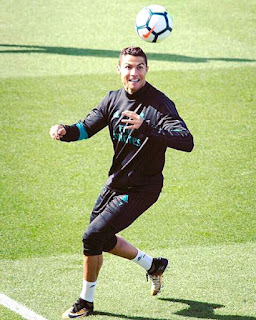 During an interview with Christiano Ronaldo, he thanked his old friend Albert Fantrau for his(Ronaldo) success. They played together for a youth club years back. Sporting Lisbon’s Manager came to see them, he promised that who ever scores more goals would be signed to their Academy.

According to Ronaldo, they won the match with scores 3-0. He scored the first goal and Albert his friend scored the second goal with a great header, but the third goal was a goal that made everyone excited. Albert was one on one against the keeper as he dribbled and went past the Goalkeeper. Ronaldo was running towards him,all Albert could do was to score because he was opportuned but to everyone’s surprise, he passed the ball to Ronaldo and he scored the third goal.

Fortunately for Ronaldo, he was accepted at the Sporting Lisbon Academy. After the match, he approached Albert just to ask ‘’why’’, Albert said , ‘’You are better than I’’.

The Media had to question Albert if it was a true story and he confirmed it,Yes. He also added that his football career ended after the match and he is presently unemployed.
He was again questioned by one of the journalists who observed that Albert  was living a luxurious life. ‘’How did you acquire this Mansion and this car?’’ The answer he gave was shocking.
Albert replied: ‘’ Its all because of Ronaldo’’.

See also:Benefits of Pawpaw seeds to man’s health
What a touching story? I’m sure many people don’t know this story.
Kindly share on social media and drop your comments below.

An Interview with Alabi Temitope Moses, a Gospel Artist.

DAVIDO YET TO FILL UP O2ARENA FOR HIS SOON COMING SHOW

Did Kizz Daniel just show the whole world that he’s a cultist.